January 09, 2012  •  Leave a Comment
During a rare break from making final arrangements in preparation for the big move, I realized that one special photo was missing from the website. I’ll remember the day it was taken for a long time. I had spotted four or five deer in a wooded area nearby. I readied my camera and hurried over. Once in range, I slowly moved closer and began to take photos. The herd didn’t seem to mind my presence, and as they allowed me to get amongst them I found myself sat in a snow bank just observing them. To be accepted as a guest was quite an honor. At a distance of no more than six feet, I raised my camera again and captured the moment: 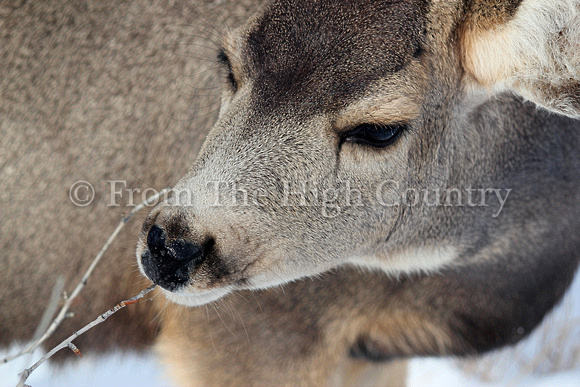