The outside thermometer read -24°F as the sun rose in Lake City. A Colorado Parks and Wildlife truck pulled into the driveway as one last gear check was performed. We greeted Lucas Martin (Lake City's local CPW officer) and drove to our rendezvous point, where we met with staff and volunteers with Colorado Parks and Wildlife and the US Forest Service. We had all gathered to work with the precious cargo in one of the truck beds; two 90lb bear cubs.

In the summer of 2012, a sow was shot and killed when it entered an open window at a house near Powderhorn. Two young cubs were later discovered with the sow, and they were both transported by CPW to Frisco Creek Wildlife Rehabilitation Center near Del Norte.  Lucas considered both cubs to be good candidates for rehabilitation, and were cared for by staff and volunteers for the rest of 2012. Weighing only 20lbs each upon their arrival, the cubs were fed a natural diet (while minimizing human contact) until they were considered ready for release.

After introductions between the group of ten, we drove to a staging area where it was necessary to switch to snowmobiles. While the bears were comfortable in a straw-lined box (which would form the heart of the artificial den), the team worked to load hay bales and associated equipment on sleds before setting off into the wilderness in convoy. 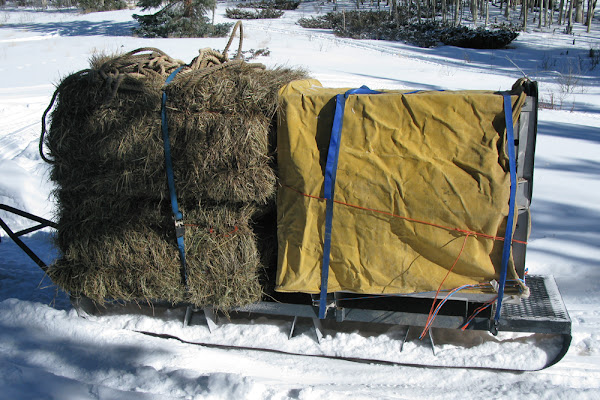 Sunlight penetrated the tree canopy on the clear, cold January morning. We could travel no further on snowmobiles due to the terrain, and prepared our equipment again, as we would be traveling on foot from this point. 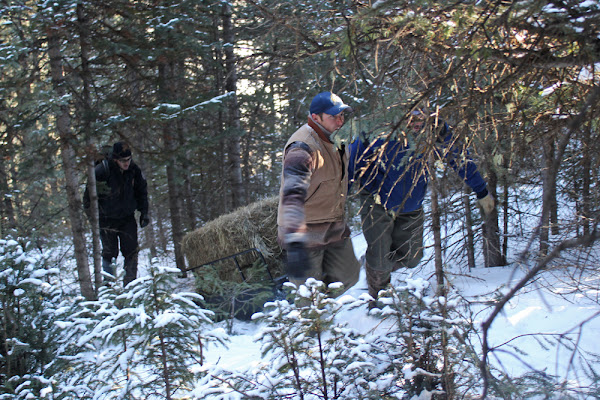 We verified the location of the previously-scouted den site, and then quickly organized into teams to carry and drag hay bales through knee-deep snow to an isolated yet sheltered spot. Finally, the two cubs (still comfortable in their temporary home) were hauled on a steel sled through the snow and brush by a team of six. 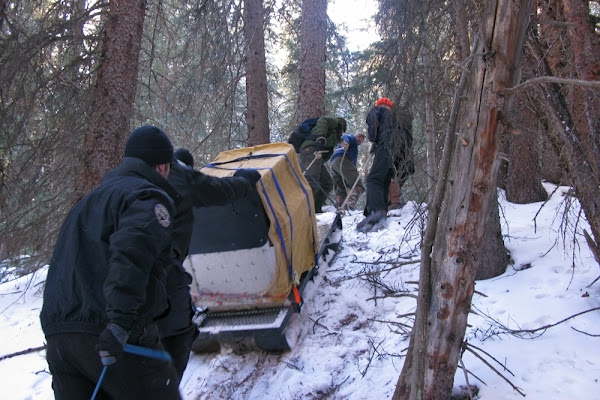 Moving bears through the wilderness by hand is a team effort.

An artificial den must provide insulation and protection for the inhabitants. Their container home is sited in a location that a wild bear might choose, and is then surrounded by hay bales for insulation and extra nesting material. The hay is, in turn, covered with snow and nearby fallen branches. This provides yet more insulation, camouflage and protection. The bears are able to leave their new home via a  hay-covered entrance. 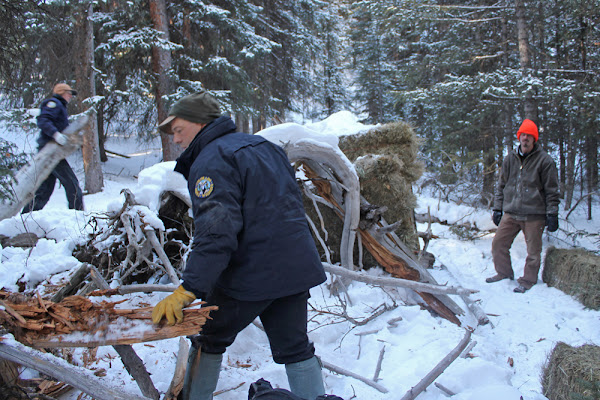 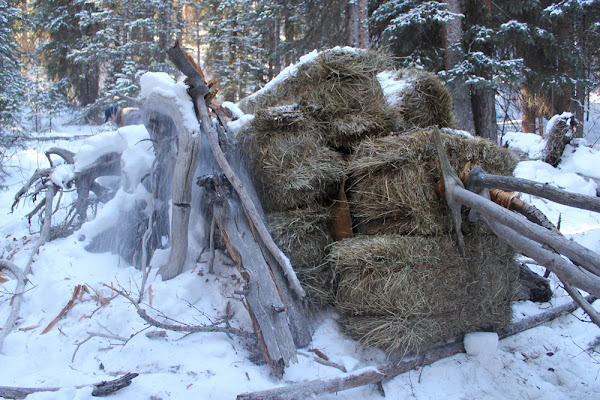 The finished den receives a final covering of snow.

After a last look at our achievement (the bears will not be visited again), we re-traced our steps to our waiting snowmobiles where we rode off into the wilderness. We left behind two warm, well-fed bear cubs who have every chance of living a normal life in the San Juans. 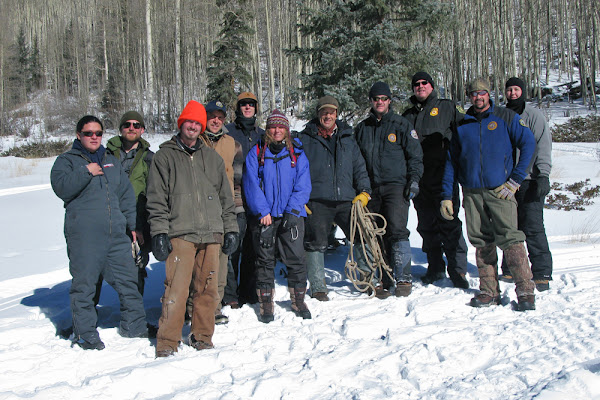 We'd like to thank Lucas Martin for inviting us to help with the relocation, and the whole team for their hard work and dedication. All too often, bears become habituated to humans and cannot be saved. Lake City Friends of the Bears is very grateful to have played a small part in this rare success story.

Alpine Paradise(non-registered)
I saw the pictures in the slide show, and was thinking, what in the world are these guys pulling around a sleigh of hay, now I see! Looks like it was a lot of work, well done! Clay
anne palmer(non-registered)
Well done to all who help with project. Its nice to hear that there are people out there ,who really try to help the survival of the local wildlife and not just interested in the killing of said wildlife. when all said and done we humans are living in their natural habitat not the other way round
No comments posted.
Loading...
Subscribe
RSS
Recent Posts
My Three Favorite Places to Visit in Colorado The Lake City Brewing Company Mountain Town Diaries Sticks and Stones - Rapid Healing From a Distal Radius Fracture Finding a 350" Elk in the San Juans of Colorado The Abandoned Cabin New in Lake City, Colorado for 2018 Wildfire Safety In Praise of the Buffalo Mountain Shirt Death in the San Juans
Keywords
fromthehighcountry photography colorado rocky mountains lake city mountains winter snow philosophy wildlife
Archive
January February March April May June July August September October November December
© From The High Country
User Agreement
Cancel
Continue