While most people were enjoying a quiet Sunday morning, several trucks were parked at the side of a dirt road in Hinsdale County, Colorado. As with most operations of this nature, it began with waiting. As greetings were exchanged and the sun rose over a nearby ridge, a fixed-wing aircraft flew over the valley. This would be the Colorado Parks and Wildlife spotter plane. 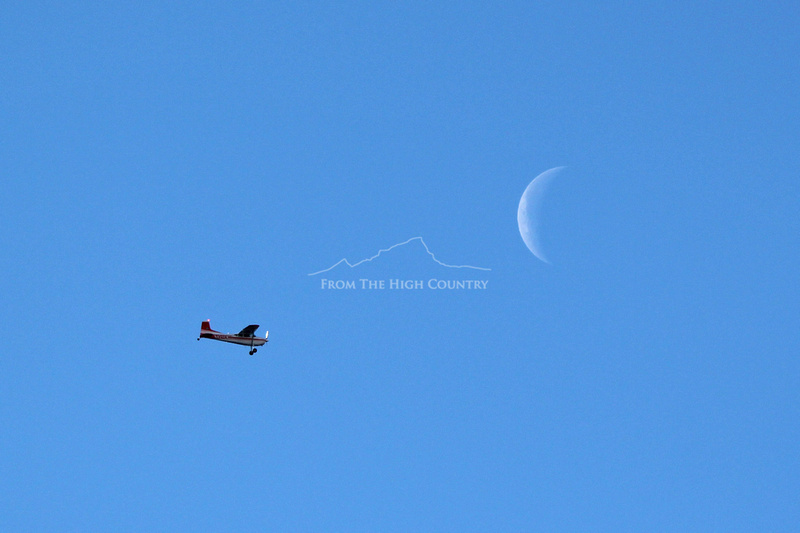 Radio chatter increased. Soon after, a small and agile helicopter could be heard and then seen above the trees. It landed on the dirt road, next to a carefully positioned refueling truck. 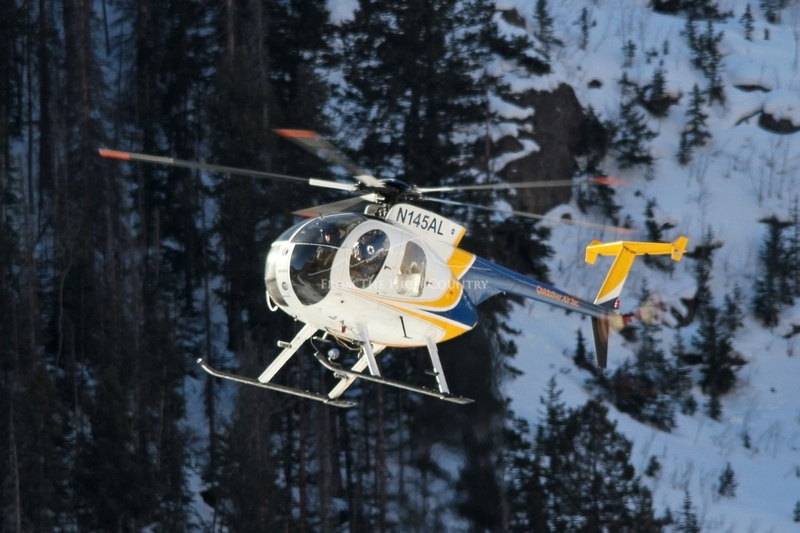 Moose were first introduced to North Park, Colorado in 1978. Since then, they have found ideal habitat in other areas, and there are thought to be well over 2000 in the state. Clearly they are thriving in Colorado, but the situation is very different in other states, where moose are actually in decline.

Biologists with Colorado Parks and Wildlife want to study the health of Colorado's moose population, and by examining (and then tracking) a representative sample they hope to better understand what is happening. The results of the study will allow CPW to make the best use of a shrinking budget and to protect this majestic animal. 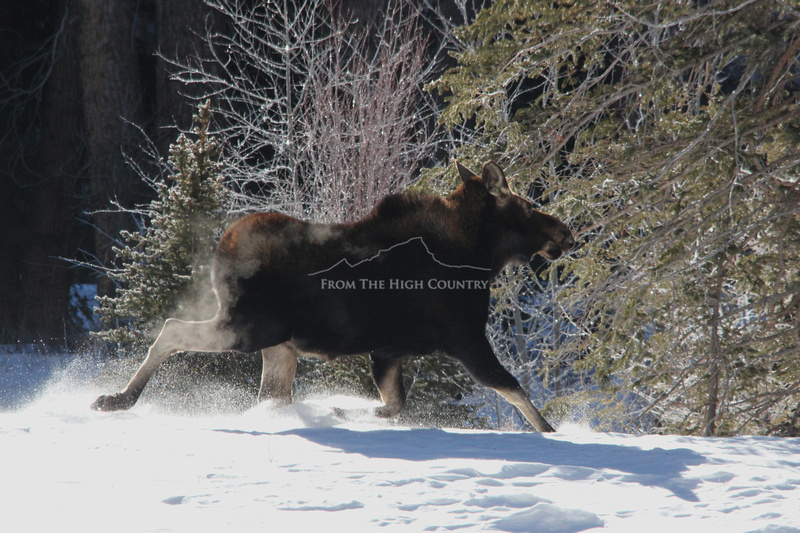 The plan for the day seems simple. The spotter plane will relay sightings to the helicopter crew, who will then tranquilize a suitable moose and land nearby. The ground crew will travel by truck, and then on foot, to meet the veterinarian and biologist from the helicopter crew at the tranquilized moose. This is actually a quite effective strategy, although the rough terrain and deep snow can make a single moose difficult to find. 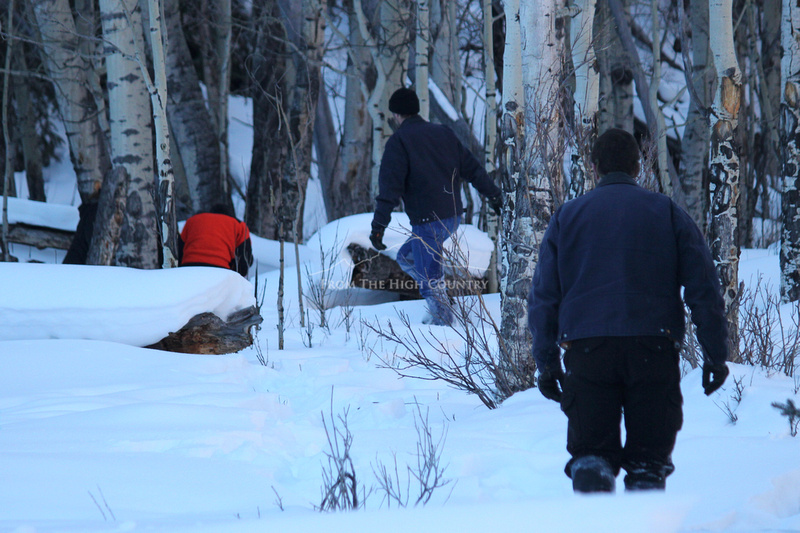 On reaching a moose, oxygen is administered immediately. The moose is not unconscious, but is very drowsy for a while. Her (only cows are examined) eyes are covered to keep her calm. Then the real work begins. Basic body measurements are taken, along with a blood sample, visual teeth check and an ultrasound (to measure fat layers). Finally, the moose is given ear tags and a GPS tracking collar, and given a drug to counteract the tranquilizer. 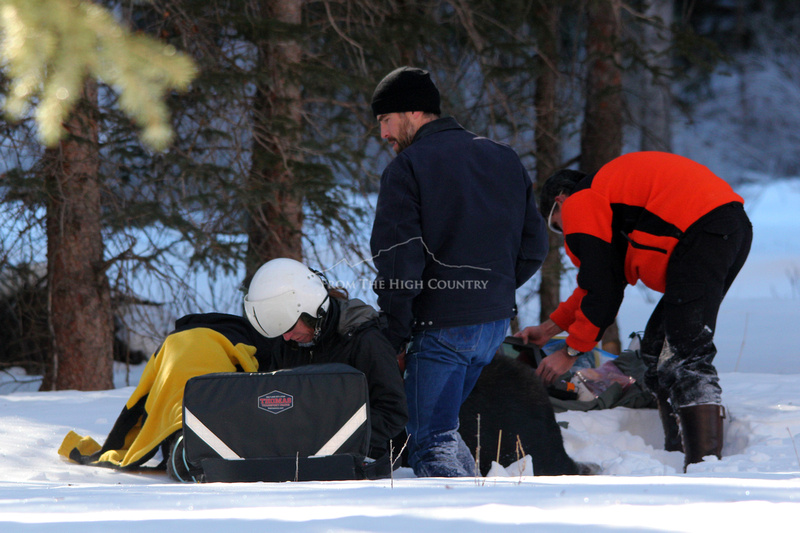 The procedure is repeated several times during the morning. Moose blend very well with forested areas, and it is surprising how many can be found using the spotter plane and helicopter technique. 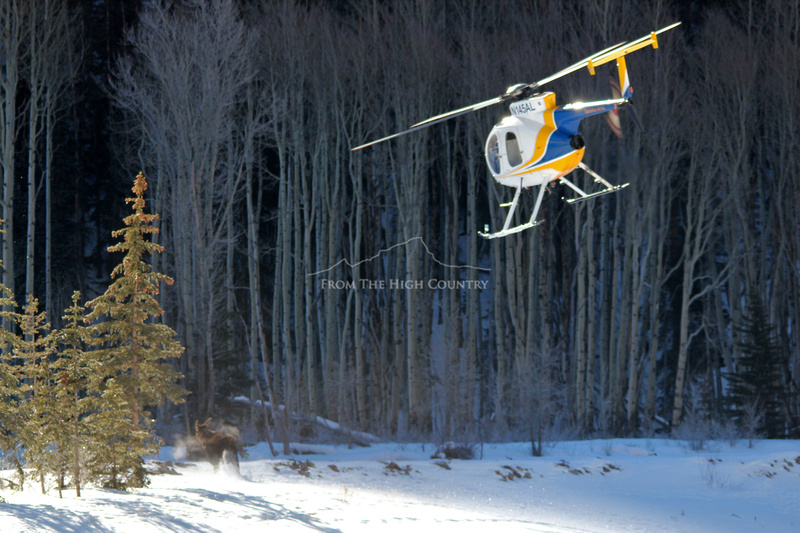 Fieldwork such as this represents a small but essential part of the moose study project. Countless hours of planning and analysis (and yet more fieldwork in other areas) are required if we are to learn more about Colorado's moose population.

To see more images from the set, click here. To see a selection of general wildlife shots, click here.