Spring officially arrived on March 20th, but in the high country of Colorado there have been several days that seemed anything but spring-like since then. There will be more of those days as the season progresses.

Despite new (but light) snowfall in late March and early April, winter is losing its grip. Melting snow left behind a familiar but almost forgotten landscape. Rising daytime temperatures and plentiful moisture create lush green meadows and forests. Just within the space of my own yard, I can see that the native irises (blue flag) and rhubarb are emerging from the freshly thawed ground. The seeds of other plants will soon germinate and perennials will soon thrive again.

It is easy for us to forget that a late, snow-filled spring is a good thing. Moisture from the melting snow pack allows healthy plant growth, which in turn provides adequate food for wildlife and reduces the ever-present wildfire threat.

In some areas, the landscape appears just as it was before a blanket of snow covered everything. In others, a reminder of the destructive force of an avalanche is visible in the form of broken and splintered tree trunks.

Even so, this rugged environment is teeming with new life once again. Look closely and you'll see green shoots all around. Rabbits sit and enjoy the afternoon sunshine, and even the local deer seem to develop a more casual walk now that the snow has gone and the days are warmer. 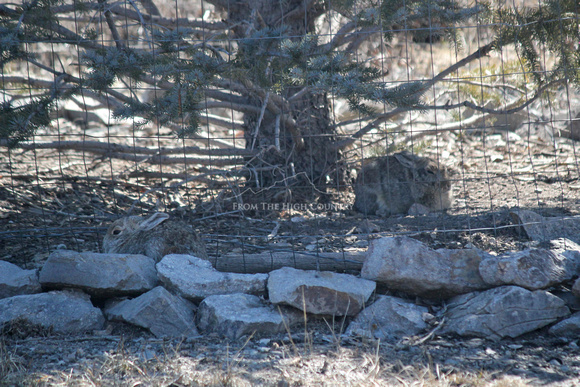 I keep an eye on the distant slopes. At higher elevations, the snow pack is still deep. Underneath all that is where my next adventures lie. Those mountains and forests are calling me louder than ever.