Weighing in at up to 1000 lbs, the Shiras moose is Colorado's largest mammal. Often spotted in or near riparian areas, moose are now a much-loved feature of Colorado's wilderness, although a breeding population was only established (from Wyoming and Utah) in 1978.

I volunteer for wildlife-related work, and in early 2014 I was invited to take part on field work as part of a Colorado Parks and Wildlife moose study (read more about it here). On the last day of 2014, I was invited to assist with additional field work. As before, cow moose would be spotted from the air and tranquilized. 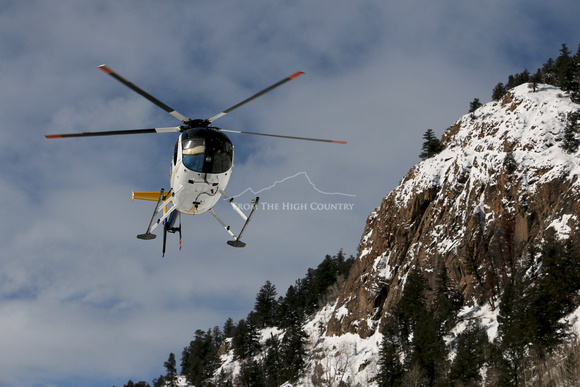 When team members reached each moose, it was made comfortable and given supplemental oxygen. Two people arrived via helicopter, while others hiked in from nearby roads. Dense forests and deep snow made this work physically demanding. 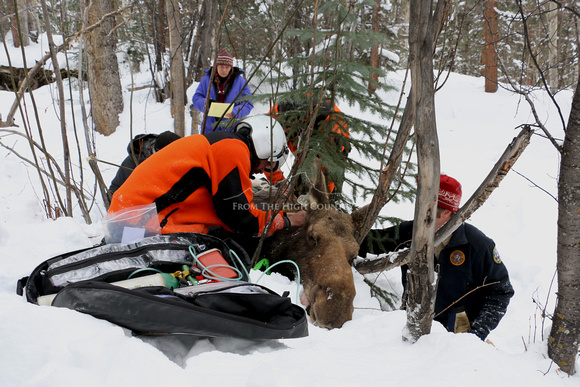 Basic checks and measurements were taken, along with blood samples and ultrasound analysis of fat layers. Once the procedure was completed, a drug was given to counteract the tranquilizer and the moose was monitored from a distance until it was able to stand and walk away. 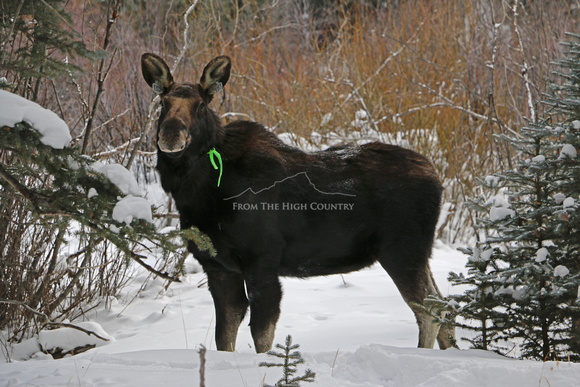 Moose populations in Colorado are thought to be more healthy than those in their native Wyoming and Utah, and it is important to determine the reasons for this in addition to monitoring the health and growth of Colorado moose populations. The measurement data will provide valuable information on the overall health of our moose, while the blood samples will give researchers an idea of the number of pregnancies. The tracking data will eventually build a picture of moose movements and preferred habitats.

I spoke to CPW wildlife researcher Eric Bergman, who told me that "...the goal of this research project is to link moose herd productivity to habitat conditions."

As the lead researcher for the project, he gave a characteristically articulate summary of the project goals: "Many large mammals are sensitive with their reproductive strategies.  When nutritionally stressed, individuals may not breed, or if they do breed, the number of offspring they produce may be lower.  With moose in Alaska and Canada, a common metric that biologists measure is the twinning rate (i.e., the proportion of adult females in a population that are producing twins).  In Colorado, where we have the Shiras subspecies, it appears that twinning rates are consistently low, and overall pregnancy rates may be more informative.  So while we're capturing animals to monitor survival and movements, we're also measuring body condition and pregnancy.  We will also be using moose locations and movements to show us which key pieces of habitat should be monitored." 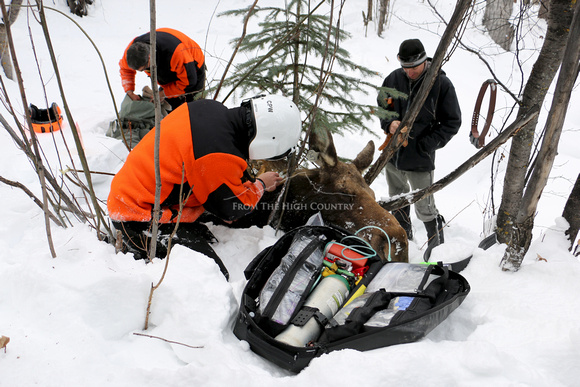 I'd like to thank each member of the team who was present on that cold winter day for allowing my wife and me to observe and assist. I can't think of a better way to end a year. To view more images from this day, click here. 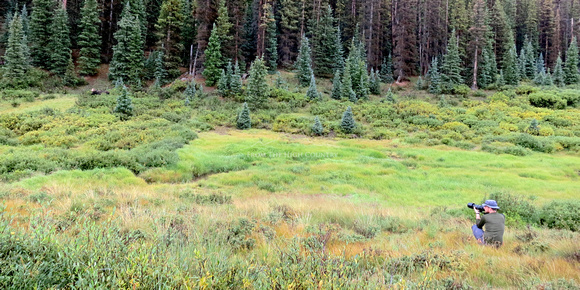 Finally, I feel I should mention that moose, while fun to watch, should be treated with respect if you see them. Moose can react violently if provoked, so always keep a safe distance away. Consider buying binoculars to observe wildlife without endangering them or you.

Janet Holroyd(non-registered)
Great pics & informational narrative. Must have been quite the experience for sure!
Larry Iiams(non-registered)
This is terrific, Craig. Glad you were there and shared this with us.
No comments posted.
Loading...
Subscribe
RSS
Recent Posts
My Three Favorite Places to Visit in Colorado The Lake City Brewing Company Mountain Town Diaries Sticks and Stones - Rapid Healing From a Distal Radius Fracture Finding a 350" Elk in the San Juans of Colorado The Abandoned Cabin New in Lake City, Colorado for 2018 Wildfire Safety In Praise of the Buffalo Mountain Shirt Death in the San Juans
Keywords
fromthehighcountry photography colorado rocky mountains lake city mountains winter snow philosophy wildlife
Archive
January February March April May June July August September October November December
© From The High Country
User Agreement
Cancel
Continue