A Second Chance for Two Bears

In the middle of a Rocky Mountain winter, most bears are hibernating - waiting for warmer temperatures, longer days and fresh plant growth to eat. Unfortunately, this story has an unhappy beginning. Last year, two young black bear cubs were orphaned when their mother was illegally shot and killed near the town of Crawford. The two cubs still had much to learn and would probably have died without the intervention of Colorado Parks and Wildlife officers, who rounded them up and took them to a Western Slope rehab facility. Human contact is kept to an absolute minimum while injured or orphaned wildlife stay at the facility in order to give them a fighting chance when they are released into the wild once more. 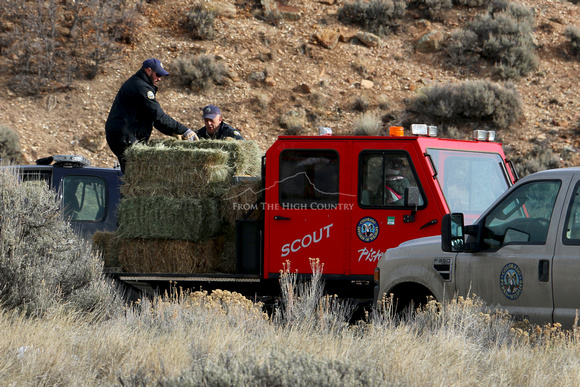 With a carefully planned diet, the two orphaned cubs gained weight, and were ready to go back to the forest on a February morning. Returning animals to the wild is a surprisingly complicated business. The release site must be in excellent habitat for the animal, and it must be far from populated areas. Once a suitable location has been found, a plan to get people and animals to a remote, snow-covered patch of forest must be devised.

The release day began at an improvised assembly point. Colorado Parks and Wildlife officers (and a couple of seasoned volunteers) gathered on an isolated dirt road and waited for one more truck to appear on the distant highway. This truck carried a snowcat, on which two healthy bear cubs (and the materials to construct an artificial den) would be carried into the wilderness. Personnel would travel by snowmobile in order to avoid a very long hike.

With the team assembled, the journey began. The human participants carefully negotiated the trail ahead and enjoyed the unfamiliar scenery, while we can only guess at what the two young bears were thinking as they sat in their dark temporary home - a robust steel box lined with hay. 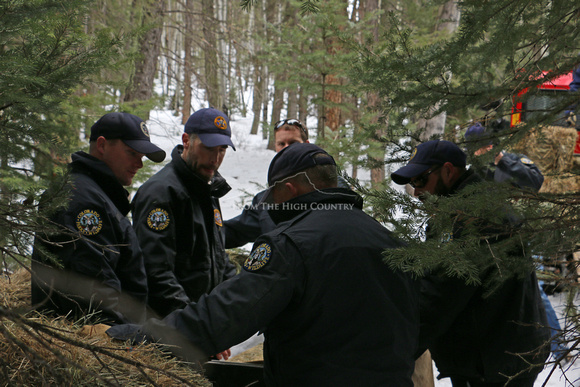 Events moved quickly after a long journey by internal combustion engine. The bears were quickly and quietly moved from the back of a snowcat to a heavily treed area situated close to excellent spring food sources. The steel den box was covered in a tarp to keep excess moisture out, and then insulated with bales of hay. Those bales were then partially covered in snow and dead tree limbs to deter elk and deer, which also helped to conceal the den site.

Access to the den box is made possible by a sliding door at one end. This is secured during transportation, and then released after final placement. One wildlife officer will return after the bears have settled to remove the door, leaving hay bales as the only barrier to their exit. When spring arrives, the bears will chew and claw their way through the bales and begin to explore their new home. 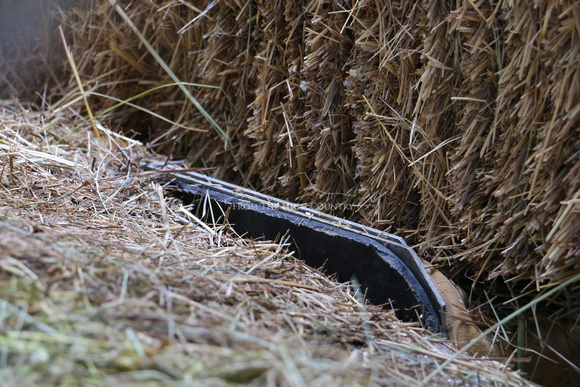 The operation ended without fanfare as all personnel left the den site and rode back to the dirt road. We won't be there to watch the bears' emergence from hibernation. In fact, as with all releases, a successful return to the wild means that we'll probably never see them again. Two bears have a second chance at long, healthy lives somewhere on Colorado's Western Slope.

Read about an earlier den operation here, and a springtime bear release here.