I've said many times that if the day comes when I feel I have nothing left to learn, I'll quit. I think that's the same for any art form. When I get a chance to do something different, it helps to keep me in a constant state of learning and growth.

A couple of years ago, I was approached by two filmmakers from the Front Range. They sent me a script and asked me to provide location scouting services, so I  put together a list of potential filming locations and we met to inspect each one on several occasions. They began as great clients and we ended as friends.

We kept in touch sporadically, but it still came as a surprise when I was contacted by a production coordinator and asked to act as still photographer for the movie. When a movie is shot, a still photographer's job is usually to capture images of both cast and crew while principal photography is underway. Cast shots should include in-character and relaxed views. It's also the still photographer's job to be nearly invisible. He or she should be able to get the shots without impeding anyone else on the set. I applied my wildlife experience and telephoto lenses to create literally thousands of photographs, and at the end of each day (or night), I would send the best to the production company.

I've chosen a small set of images that contain no spoilers (meaning no cast and no important locations or events) to create a short photo essay about film making in the high country of Western Colorado. 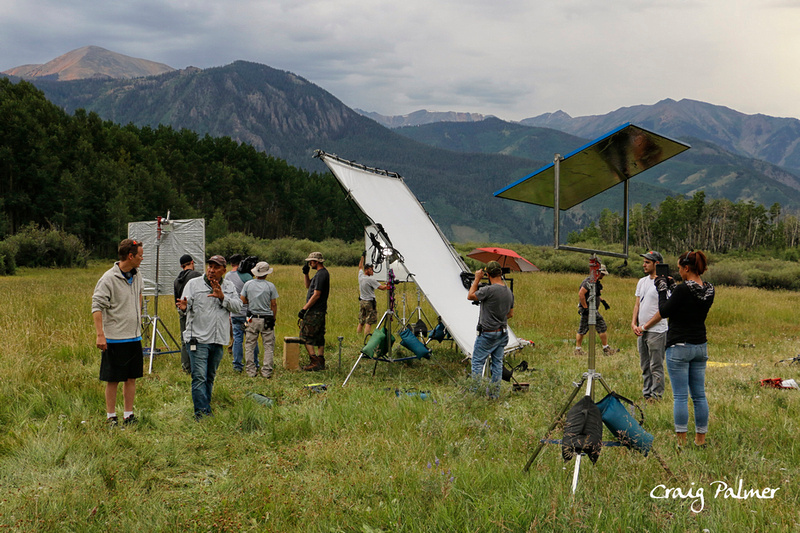 An efficient production crew is a well-oiled machine. Each part works with the others to create the finished product. 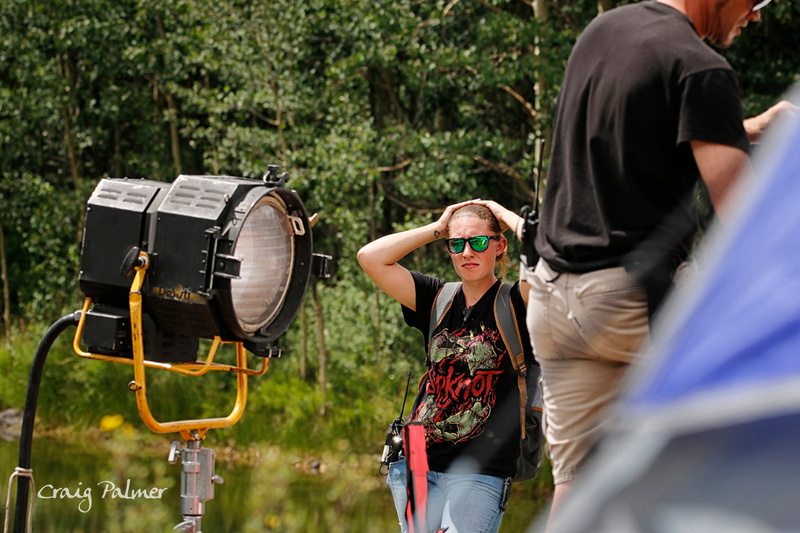 Down-time is unpredictable and brief, so candid portrait opportunities only last a second or two. 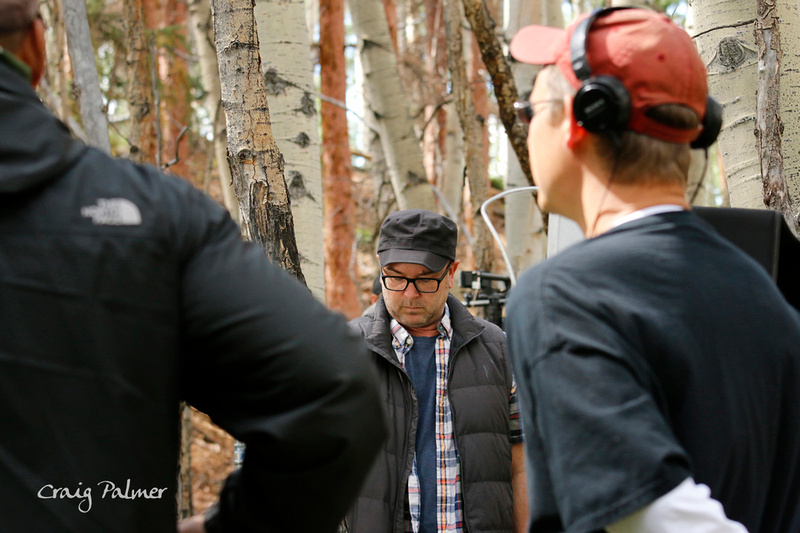 From the periphery, it was easier to spot those personal, deep in thought moments (director of photography pictured). 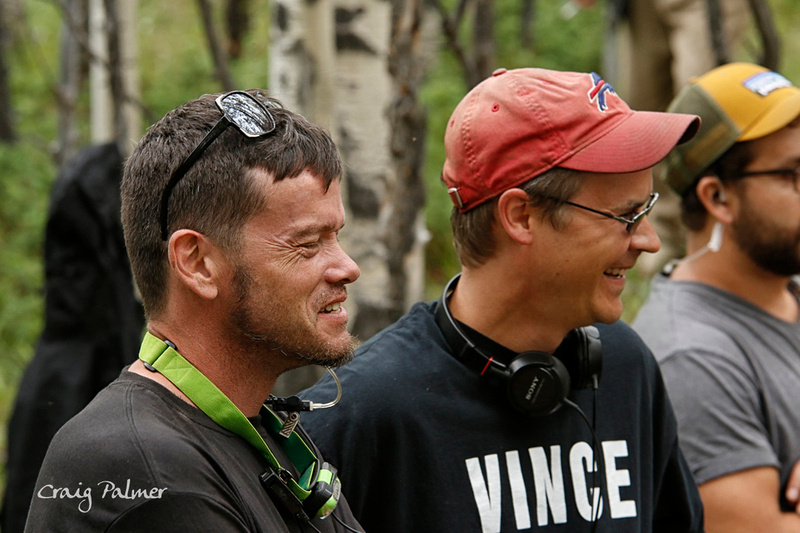 The number of smiles I captured really speaks to the camaraderie found on that set. 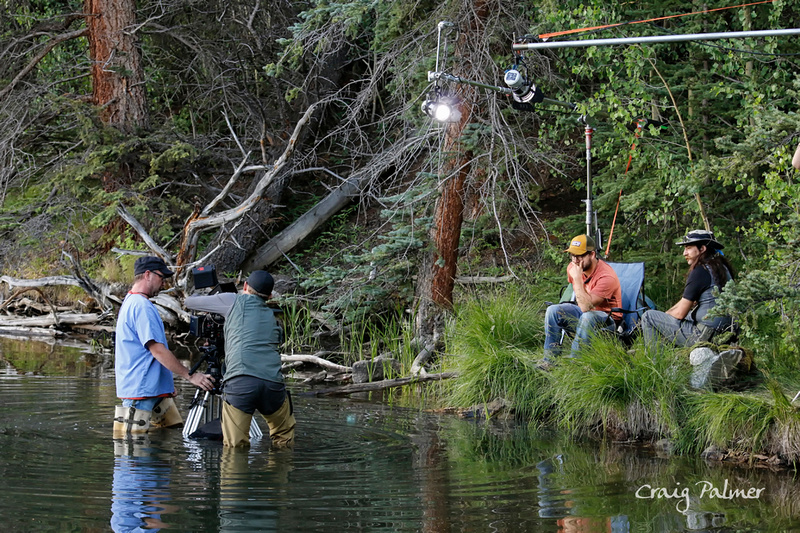 Crew members unflinchingly did whatever was necessary to get the right shot. 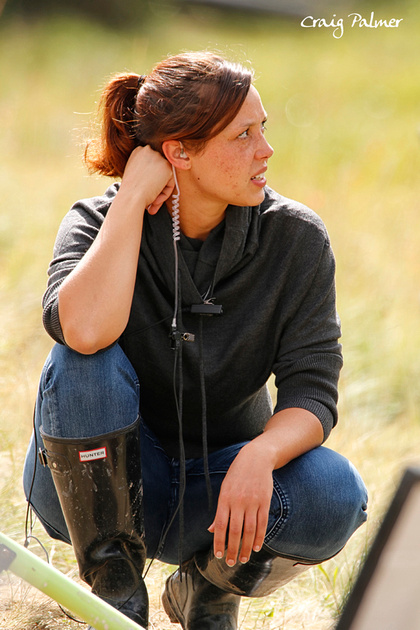 Sara later turned the tables and got a candid portrait of me one night (kudos). 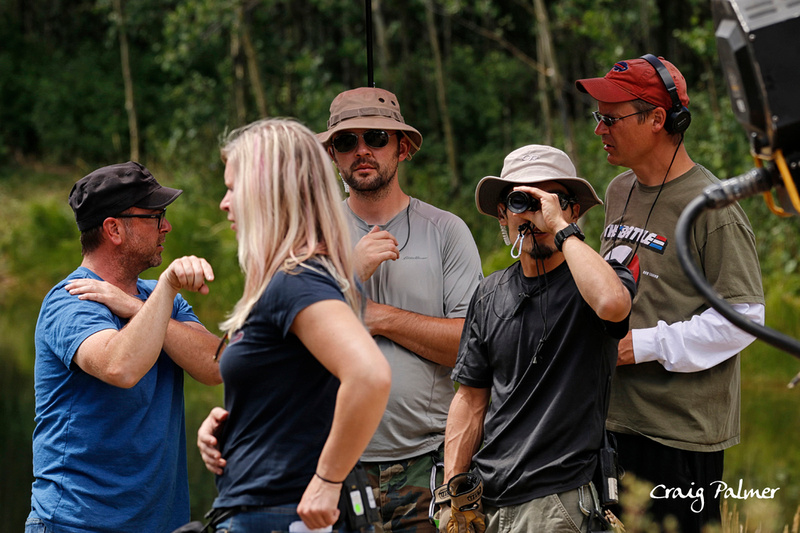 While years of planning led to this point, each scene still has to work with the forest environment and ever-changing lighting conditions. 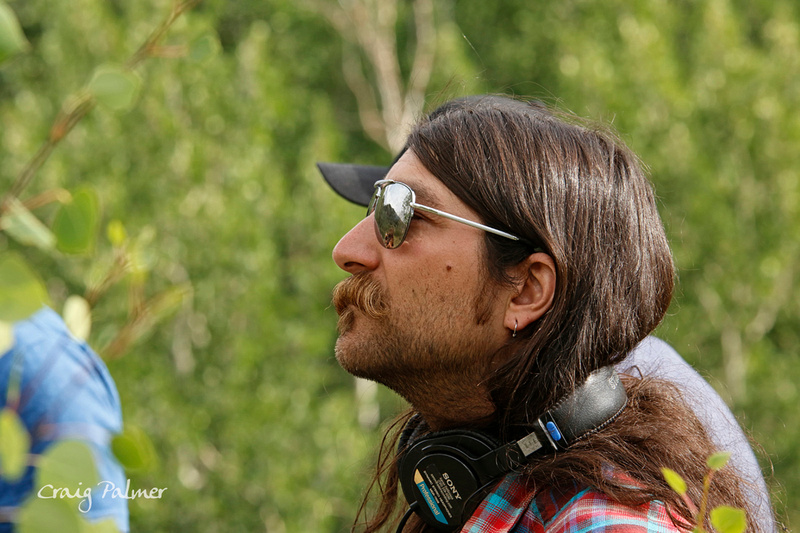 Just because you're in the woods, it doesn't mean you can't look good. 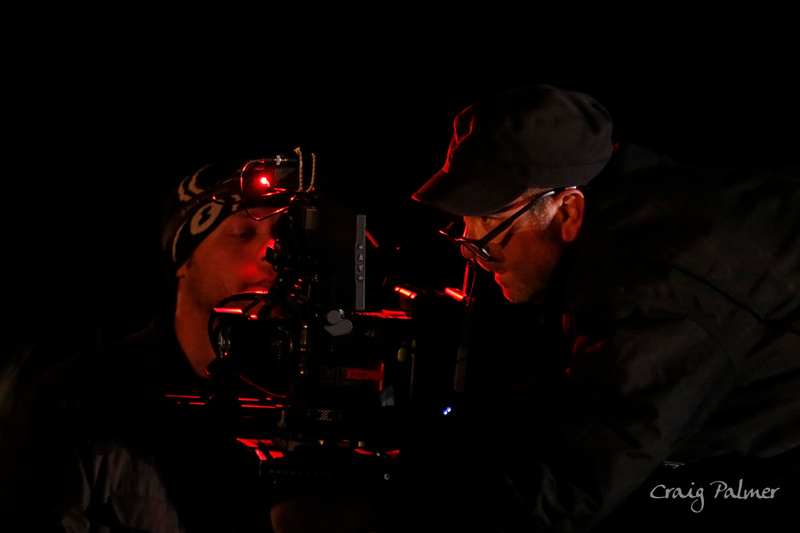 When working on a horror movie, the additional challenge of night shoots is to be expected. 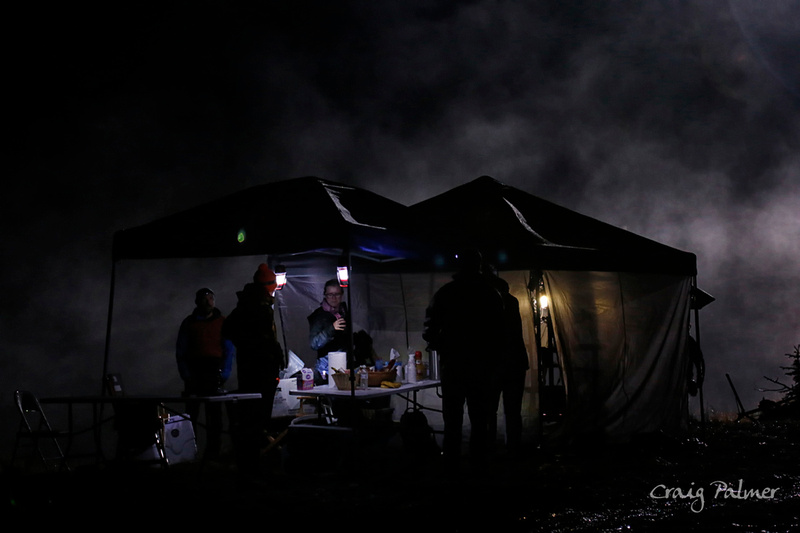 Weeks of night shoots were accompanied by unseasonably cold and damp weather, which only brought the crew closer. 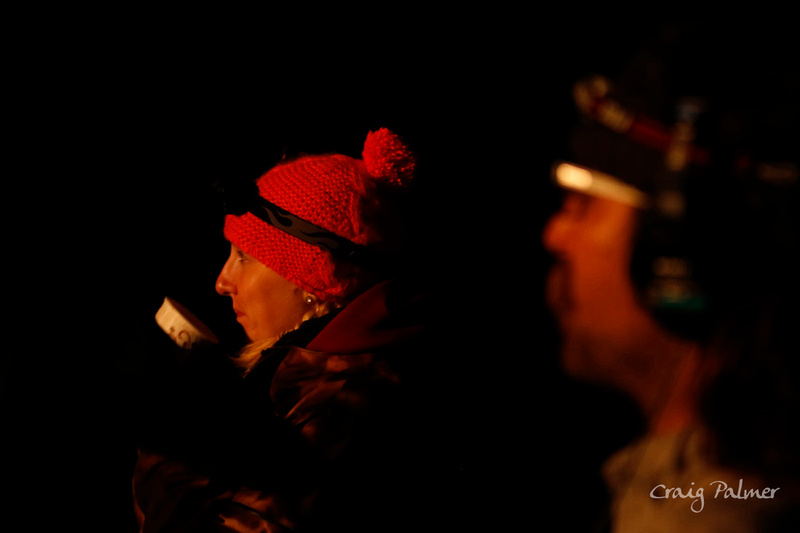 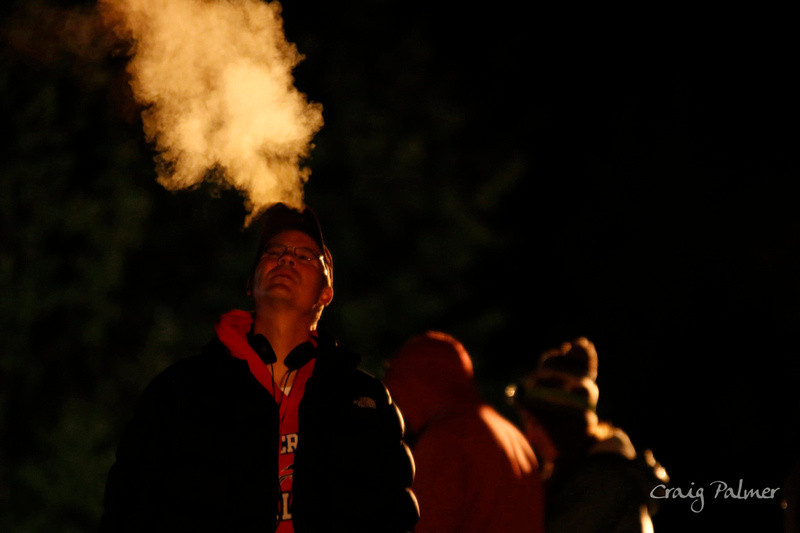 Heavy is the head that wears the crown. 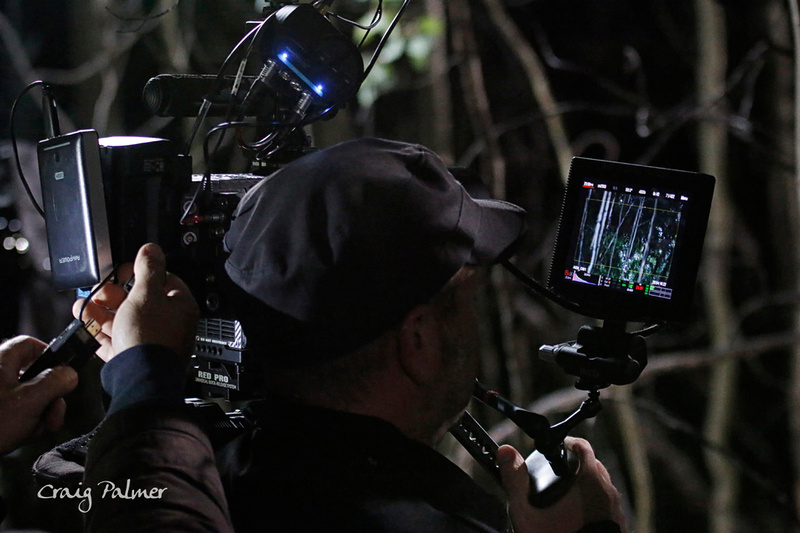 I usually work alone, so it was particularly interesting to watch a camera crew at work. 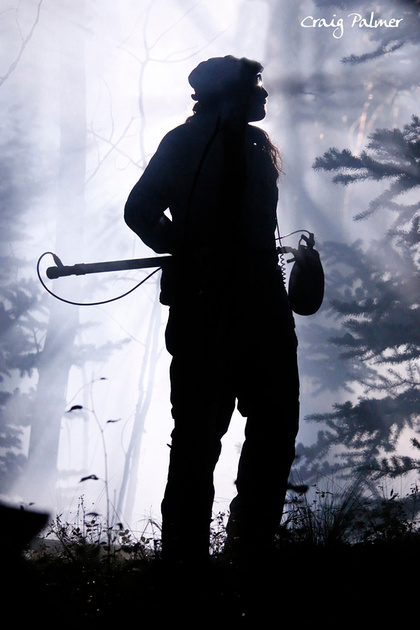 Shooting stills at night with dense forests, harsh lights, smoke and moving people is challenging to say the least, but I could sometimes turn those conditions to my advantage. 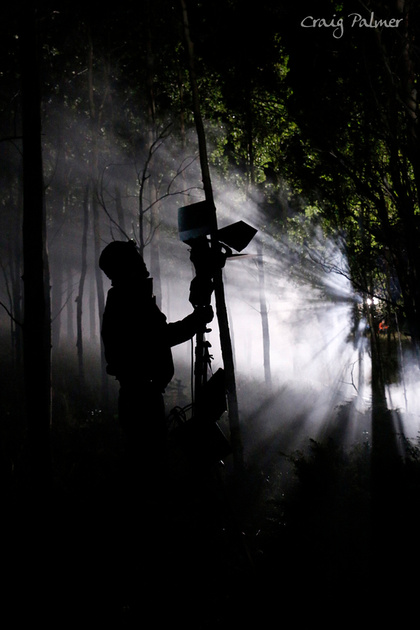 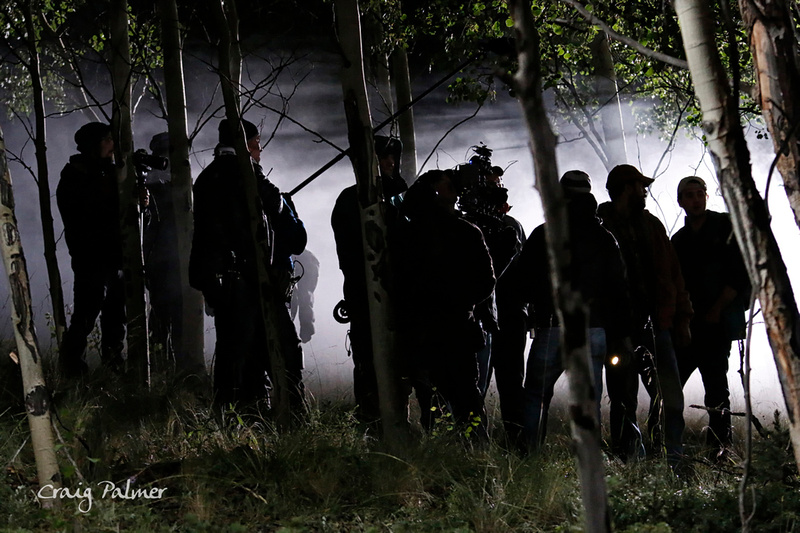 Those same challenging conditions made for some atmospheric scenes. 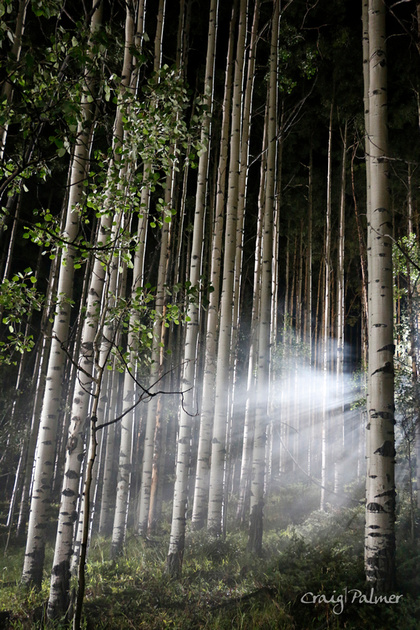 During breaks, the empty forest had a peaceful (or eerie, depending on your perspective) appearance. 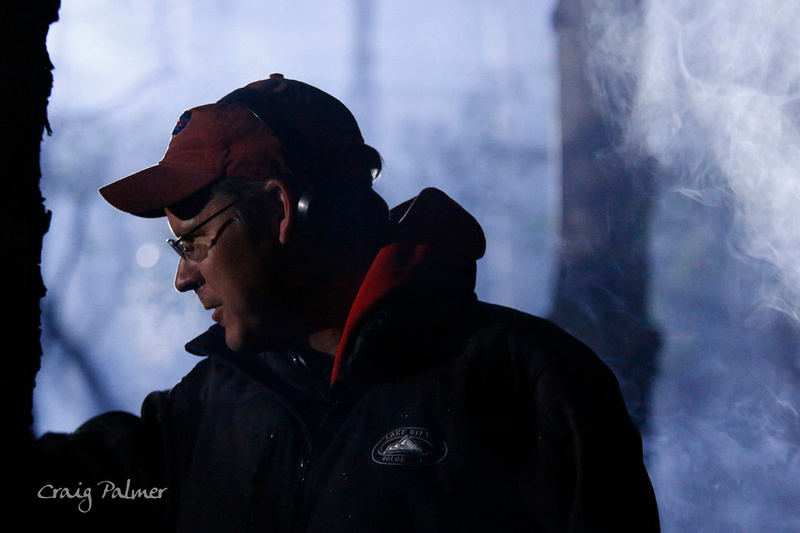 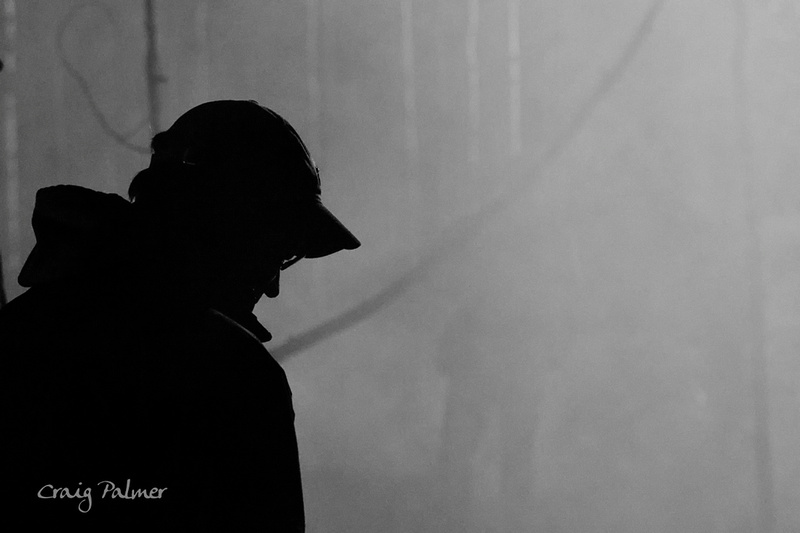 Is this a horror movie, or European art-house cinema? 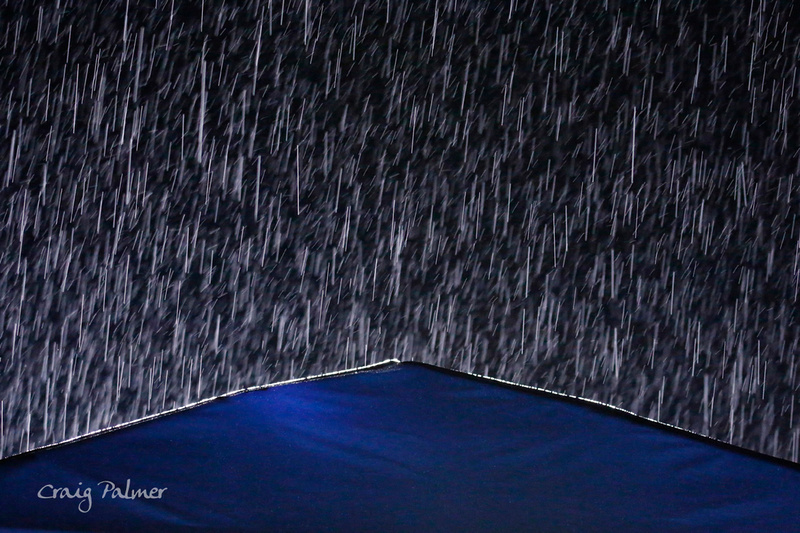 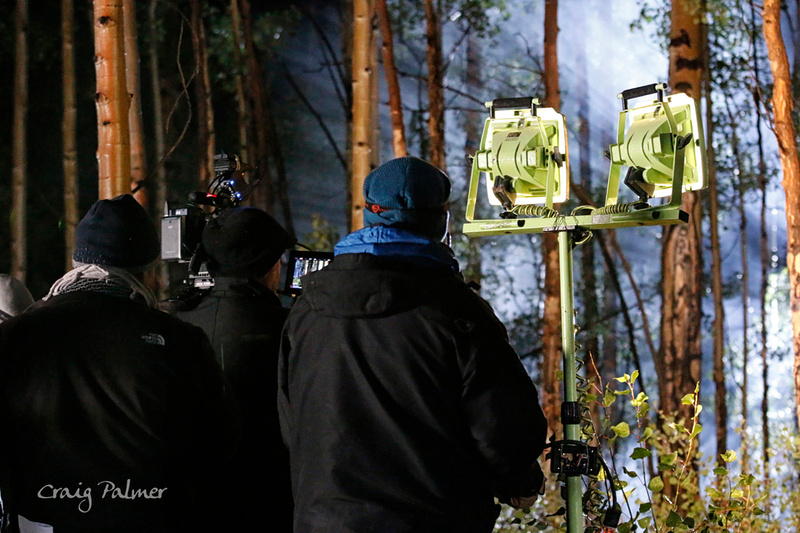 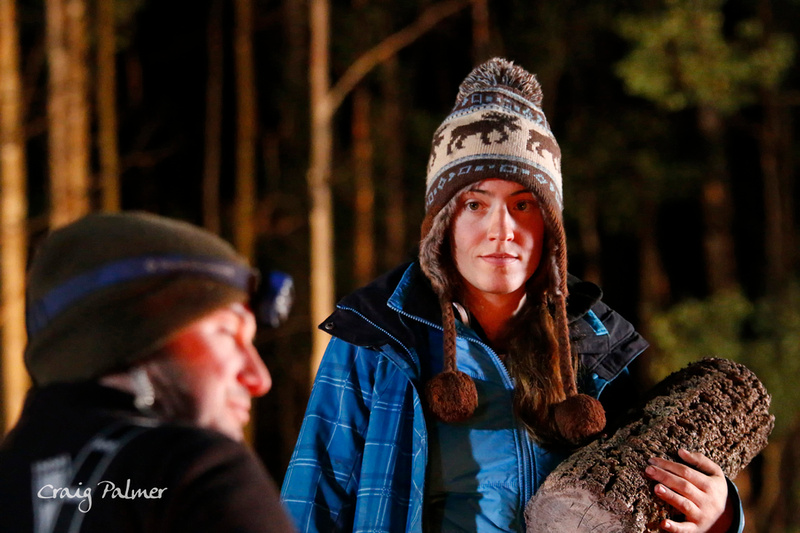 A surrealist scene on set. 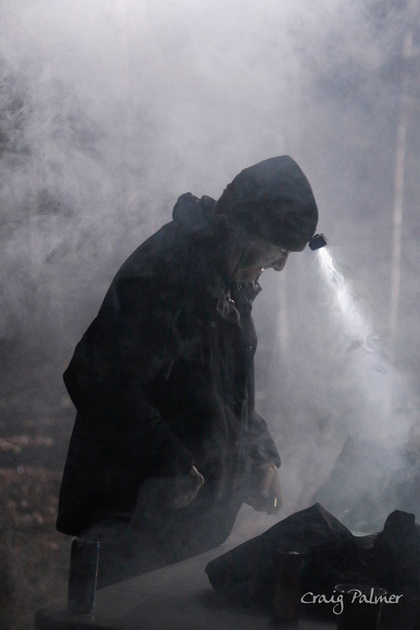 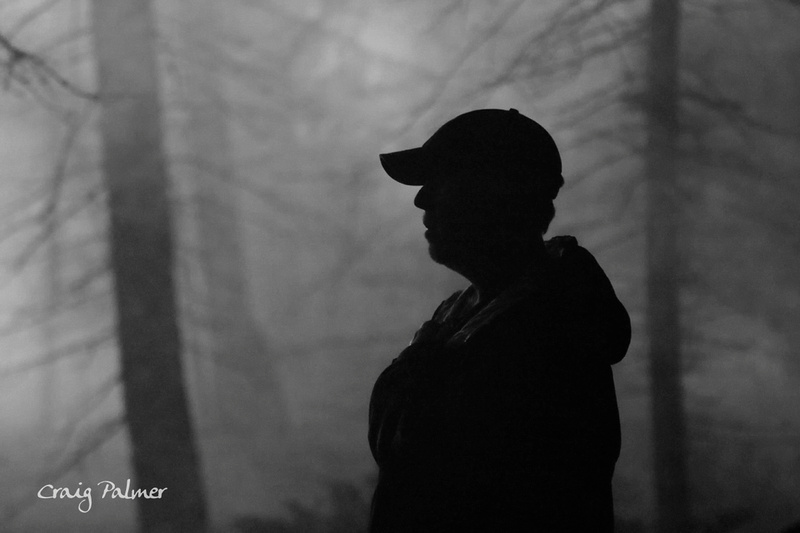 Every crew member carried their own responsibilities. 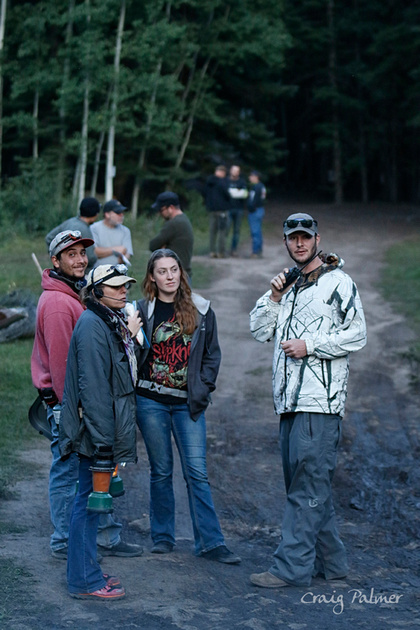 I don't think I've ever worked in a group where so many became friends in a few short weeks.

I didn't have a chance to get to know some people, but I was glad to work alongside so many professionals. 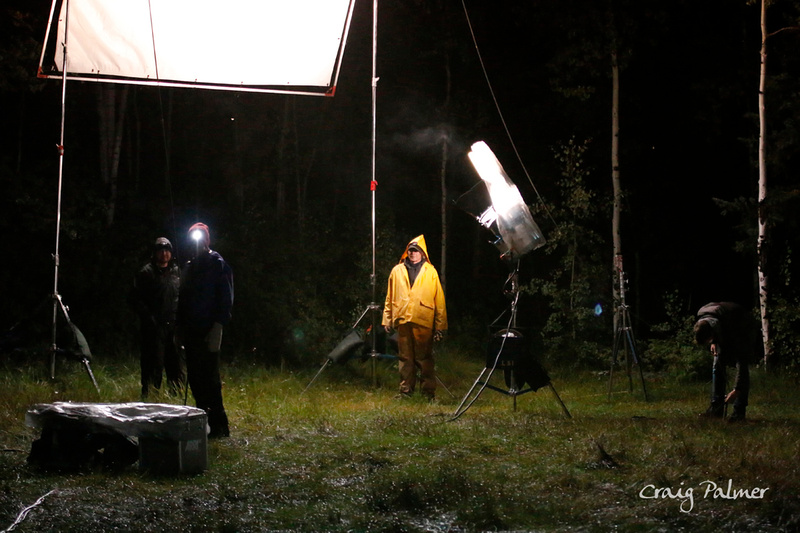 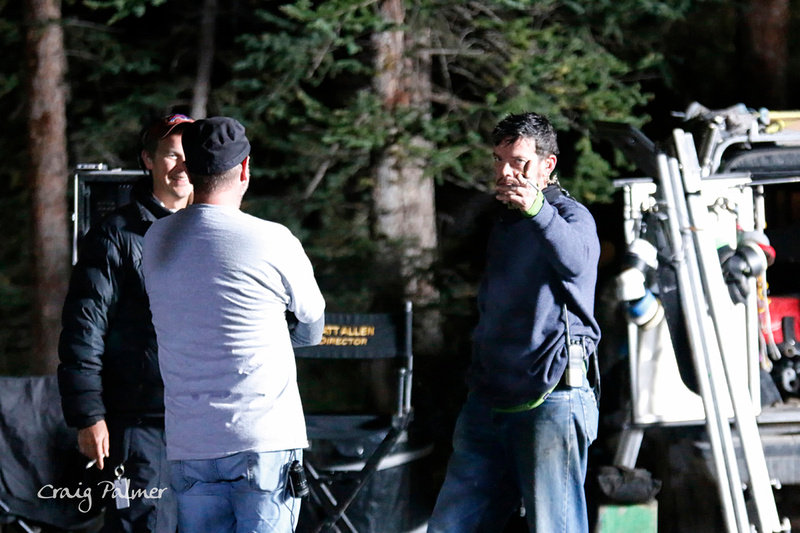 Busted. As hard as I tried to stay out of sight, sometimes there was nowhere to hide. 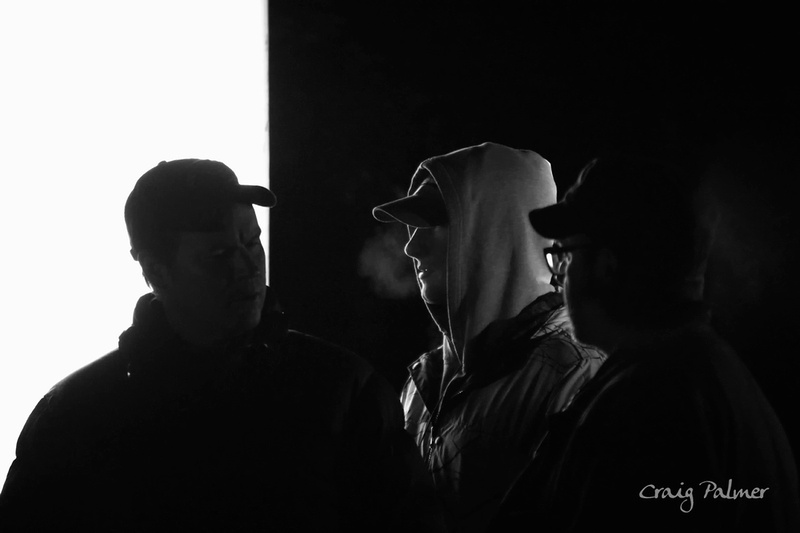 Deep in conversation (director, producer/AD and director of photography). One of my favorite shots.

Being a still photographer on a forest movie set at night was some of the most challenging work I've ever done. A thorough knowledge of camera settings, an eye for the shot, the foresight to be in the right places and of course the stamina to keep going for 10 hours are all essential skills. I'm certainly a better photographer than I was when I began on a warm August morning.

I'd like to thank Matt and Scott for having such faith in me and my work to hire me as both a location scout two years ago and as still photographer during principal photography. It was fascinating to see the locations come to life as set locations, and I was honored to document the production with my cameras. I'd also like to thank the crew for being accepting and welcoming towards this stranger on set. I'm glad I had the opportunity to work with so many good people.