Death in the San Juans

In the natural world, the circle of life is evident everywhere. The four seasons, new plants, old trees, calves and cubs, and of course the occasional carcass or skeletal remains all help us to celebrate life and remind of of our own mortality. I covered that subject in more detail in Wilderness Wisdom. Today's subject is a little different.

Earlier this week, I hiked up to a mountain lake. Even in summer, it isn't one of the most popular hikes (the longer trail is probably one reason). I needed my snowshoes for most of the journey, as you may expect for this time of year. Usually, I'm struggling in knee or thigh-deep snow, but this time the calf-deep snow stuck to my snowshoes like thick, clay-rich mud on boots. I half-expected that, given the conditions in the valley, but I was struck by a scene as I searched for the lake (I always lose the trail for the last half-mile). I climbed to a clearing to look for the frozen lake (and catch my breath), and as I stood motionless I heard a chorus of woodpeckers. They're a common sight, but there must have been at least a dozen, and the bark that they chipped away fell like rain through the lower branches.

Over the years that I've lived in Colorado, the landscape has changed noticeably. Bark beetle infestations have devastated huge swathes of forest. Some studies report that an area of forest the size of Colorado has been ravaged by the beetles in the Western US. These insect parasites have always been around, but in the past they have been checked by typical Rocky Mountain winters. Several consecutive days of intense cold can stop an infestation. The current assault is the result of warm weather and drought-stricken trees. Without their natural defenses and help from Old Man Winter, the trees have nothing to fight back with. 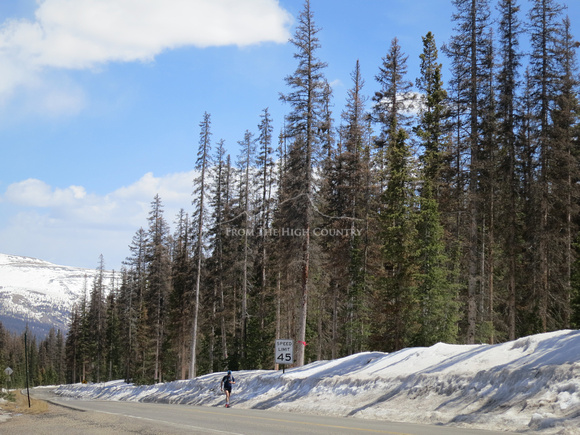 This photo shows me training for the San Juan Solstice race back in 2014. Those dead and dying trees have now been cleared for several reasons (not least public safety), but away from the roads, forests are still filled with dead trees, and the woodpeckers can almost always be heard, looking for a beetle snack. Many trees survived, and you may be surprised to find that a patch of forest that looks completely dead from afar is in fact still very much alive. Many of the oldest trees were killed, but younger, healthier trees can be found in abundance. They have dodged the beetles; let's hope they can withstand the coming droughts.

Perhaps more worryingly, I've noticed an increase in the amount of dead and fallen aspens over the last year or so. There is an aspen beetle, but I don't have any information that leads me to believe it's here. Once again, however, drought is playing a part. There is evidence to suggest that aspens on south-facing slopes are more susceptible to sudden aspen decline, the theory being that heat stress is the killer.

From my personal perspective, I already know that there are photos I will never be able to repeat, including some of my favorites in Lake City Landscapes. The trees in this view of Crystal Lake are now brown and dead, as are those above Lake San Cristobal in the second shot. 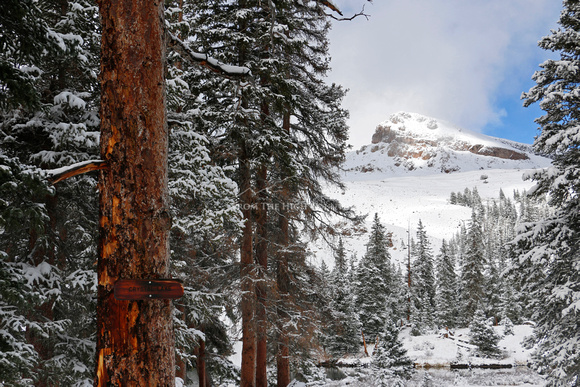 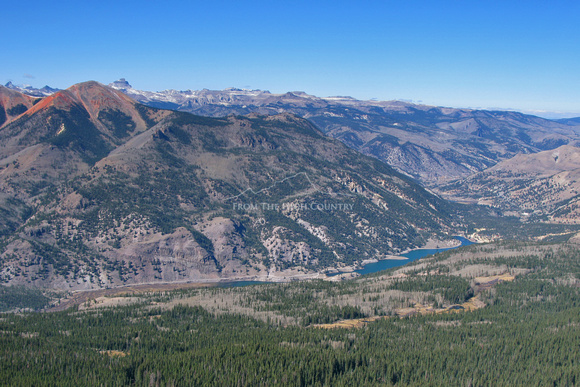 The death of so many trees is the elephant in the room. I've had to be increasingly careful with the views I select for my photographs. Nobody wants to see dead trees in a photo, and yet at the same time I feel the urge to document those changes as a kind of natural historian. More importantly, the loss of different tree species will surely have a negative impact on wildlife. Their habitat will change, along with some food sources, and if a small animal species dwindles, their predators will also suffer from a lack of food.

Earlier today, I rode my mountain bike (standard mud tires) from Lake City to make a full circuit of Lake San Cristobal. In a normal winter, the road would be covered in packed snow, and the eastern side of the lake would be excellent back-country skiing terrain. This is not a normal winter. With the melting of an already pitiful snow pack, humans will see a poor wildflower year and few white water rafting opportunities, and more serious problems for those using water from the Colorado River. Already stressed forests could endure their worst year yet, where snow pack acts as a seasonal reservoir in an already arid climate.

Projections based on current weather trends suggest that the Rockies are going to be dramatically changed as the decades pass. The range for many coniferous tree species will shrink and retreat further north. Aspens will suffer a similar fate. The places we know and love are going to look quite different by the middle of the century.