Fire has been a part of life in the wilderness long before humans discovered how to make it. Some trees and plants actually require fire to disperse seeds. Without getting into a history of land management, there are two important changes to the landscape to consider now - people and an increasingly hot and dry climate. Fires are becoming bigger and more catastrophic, burning through towns and virtually anything in the path of a creeping inferno.

At the time of writing, Lake City has seen two fires within 10 miles of the town in the last month. Both were spotted and attacked very quickly, and there is no active threat in the area at the moment, but the 416 fire near Durango still rages, and smoke can blanket the area if winds carry it in this direction. A large fire can bring devastation; obviously the forests are turned to ash, but infrastructure is wiped out and the economic impact (both fire-fighting operations and the aftermath) is immense. 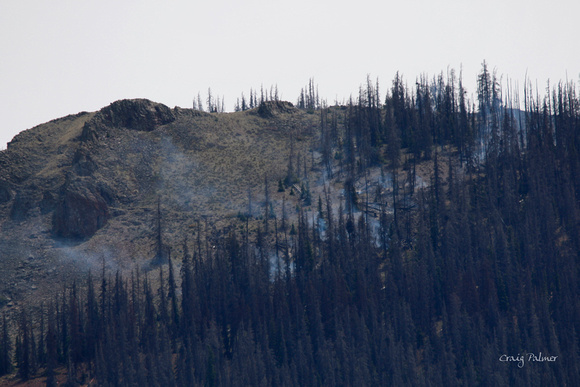 A small fire near Hill 71 after being contained.

Fires are often caused by lightning, but there are many accidental or intentional ways that humans can start a disastrous wildfire. Rather than devote an entire post to this subject, I'm going to strongly suggest that you avoid bringing any ignition source into forests and grasslands when there is even a remote chance of starting a fire. That includes obvious things such as open fires and cigarettes, but also chainsaws and vehicles (hot engines can easily ignite grass). Always check for and read the fire restrictions for the areas you plan to visit. I've never seen the local forests in a more worryingly dry state. Where there would have been lush vegetation, now dead leaves and grass crunch under my feet. San Juan National Forest is currently closed. That's 18 million acres that are in such extreme danger that Stage 3 restrictions have been imposed for the first time ever. Do not take chances with fire. 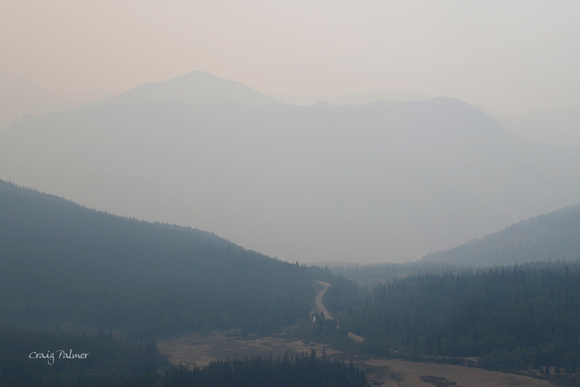 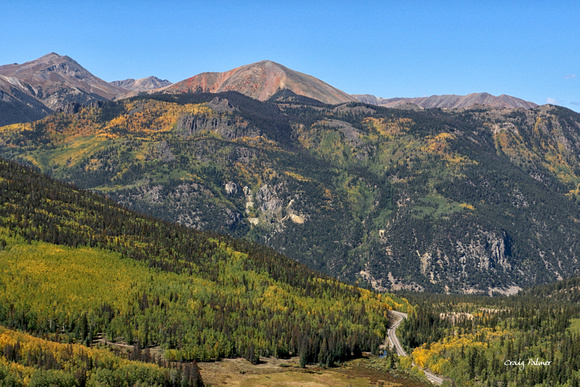 The same mountains in early fall.

If you live in an area that could be threatened by a fire (you may be surprised), there are things you can do to give yourself and your property a better chance. Think about what you may have to take with you if you evacuate. Think about the routes you can take. Look at your property, and learn about defensible space. In short, this means clearing away particularly flammable materials from around your home, such as brush piles, dead trees or plants, long grass etc. 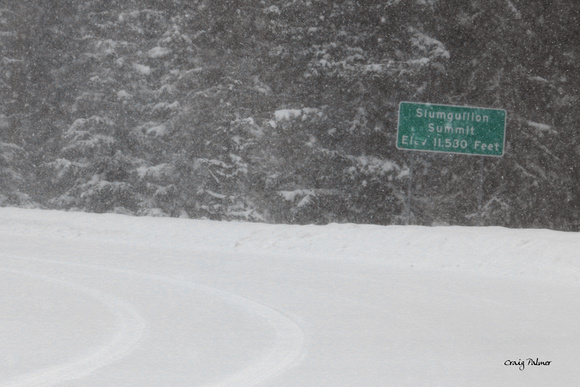 Summit of Slumgullion Pass in 2014. 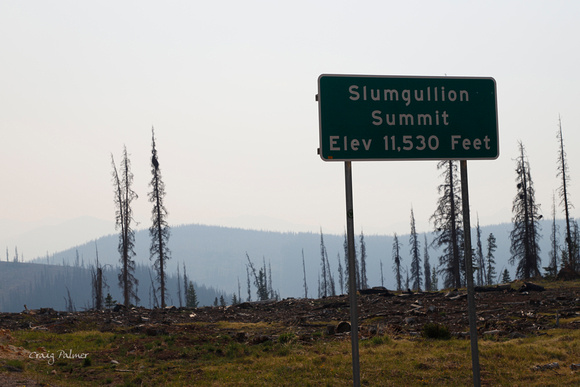 The same summit after beetle kill, logging and now smoke from distant wildfires.

If you are hiking during fire season, you need to be well prepared. Always check news outlets for local fires. Always have an escape route. This is one of the first lessons I learned about hiking. You must always have a plan involving an alternative route to safety, whether it's due to fire or severe weather. Be prepared to abandon your hike if you see smoke from an unexpected location (and report it). Since I spend so much time in wilderness, I have studied wildfire behavior and even read official reports where wildfires have caused firefighter fatalities. It makes grim reading, but you will never take a risk around wildfires (did you know that a fire can outpace a human at full sprint?). 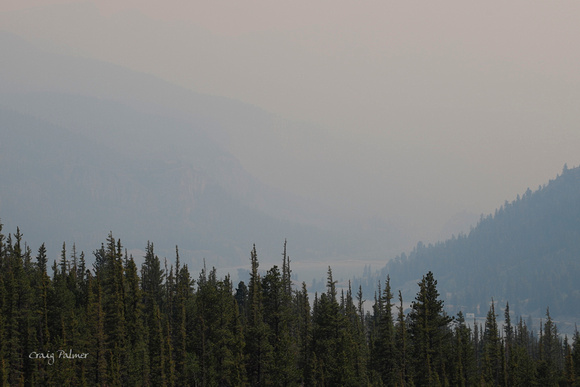 The same lake on a clear day.

Finally, don't be tempted to go out and watch a wildfire. Drones pose hazards to aircraft and firefighting drones, and onlookers can block traffic and generally make a tough job more difficult.

Fires are not going to go away. They are a part of life in remote areas, and are getting larger, hotter and more destructive. Winters are becoming more mild (with less snow), and summers are becoming hotter and drier. In many cases, it just isn't safe to burn certain areas, because the landscape is too fire-prone to be able to fully control. The public must be vigilant by firstly doing all that they can to prevent fire, and secondly by reporting possible fires (smoke plumes in a forest, for example) immediately to emergency services. A small fire can usually be stopped in its tracks if there is time.