Sticks and Stones - Rapid Healing From a Distal Radius Fracture

Over the last few years, I've done hundreds of hikes - most of them solo and off-trail. They've taken me into hazardous terrain, but I have always been cautious enough to have turned back from a challenge a few times. I always carry enough to keep me alive for a few days, and I don't plan on allowing someone else to risk their life to extract me. 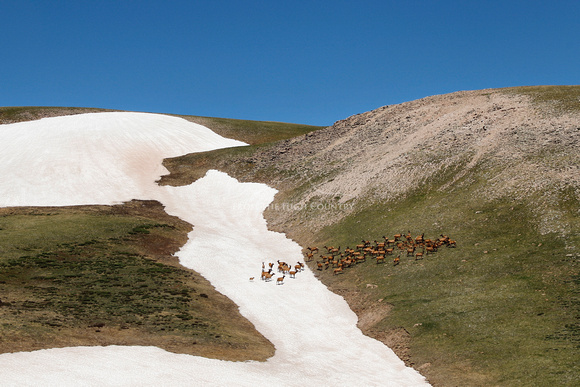 However, life is full of risks, and to cut a long story very short, I was thrown from a bolting horse exactly eight weeks ago. I remember holding on, and I remember landing evenly on my back in a meadow. Somewhere in between the horse and where I came to rest, I had saved myself with an outstretched left hand. As I stood up, slightly dazed, I checked myself over - skull, spine, ribs all okay. My left arm was starting to hurt and as I looked at it I immediately saw that it was broken, as evidenced by the new kink in my wrist.

I was lucky enough to meet someone in a neighboring property who helped me reach the local medical center, where a physician's assistant and a nurse took very good care of me. After several shots of the strongest painkillers, they reduced my pain level from an 8.5/10 to a manageable 6/10 and arranged an immediate appointment with an expert in orthopedics.

To cut another part of a long story short, I had a triple distal radius fracture which was treated very quickly and expertly. I had a doctor who had once suffered a similar injury and who understood my needs as someone with an athletic lifestyle, and I believe he treated my injury with that in mind.

I had a cast for two weeks, followed by a removable splint for four more weeks. Immediately after my initial treatment, I decided to research the topic (sticking to medical studies rather than anecdotes or advice without evidence), and began to do the following:

Rest - as difficult as it is for an active person, the body needs complete rest for at least a day or two.

Finger mobility exercises - after a traumatic injury, it's important to get the tendons moving as soon as possible.

Exercise - after a few days, I started taking walks and doing easy leg and core exercises.

Diet - I usually eat quite healthily, but I cut out junk and doubled down on good sources of protein and fresh fruit and vegetables.

My plan was to give my body everything it needs in order to heal effectively and rapidly. Calcium and protein are the main building materials for new bone. Good blood flow to the injury site is critical for healing, and exercise may not be an obvious choice, but I believe it has been an essential part of my recovery. Put simply, the body needs both efficient infrastructure and fuel. I was determined to give myself every chance for a complete recovery (how many people do you know who would tell you that 'x' injury site has never been the same since?).

With one fully functional arm and one very delicate injury, I wasn't able to hike, cycle or even lift a pair of dumbbells, so it was time to get creative. I borrowed a friend's bike trainer (turns a regular bicycle into a stationary bike). I walked the roads that I would usually run. I bought a set of resistance bands and used the ankle straps just above my elbows. I added weights to my winter hiking pack and wore it for leg exercises.

It's generally accepted that the body begins to lose muscle mass after a couple of weeks without training. I think that cardiovascular fitness (VO2 max) begins to deteriorate even sooner. There are some basic facts that just have to be accepted, but the most important goal is bone healing. No activity should endanger this, no matter how tempting it is. It is easier to regain strength and fitness than it was to build it in the first place, so it makes no sense to take unnecessary risks.

Some studies suggest that muscle loss in an injured arm can be minimized by exercising the other arm. The reasons aren't clear, but I had nothing to loose by testing it for myself. In addition to resistance band workouts, I used dumbbells in my right hand and made the same motions (without weight) with my injured arm. Did it work? I can't be sure, but I haven't noticed a substantial loss of muscle in the affected arm.

Exactly six weeks after the injury, my doctor took new x-rays. The bone was healing well and I was in the "90th percentile" for progress at that point. Which of the above measures contributed to my rapid healing? It's impossible for me to know, but I strongly believe that every one of them helped. At that point, I was given wrist exercises by my physical therapist, which I did exactly as prescribed.

Two weeks later - today - my range of motion is "above average for a distal radius fracture". Again, I believe the infrastructure and fuel that I mentioned earlier played substantial roles, as did simple determination. I was told that I wouldn't be doing push-ups for three months after my injury and I took that as a challenge. When I finish typing I'll do my first set of push-ups in eight weeks.

Last week, I ran my first 10k in seven weeks. My time suffered, as did my lung capacity, but both were better than expected. I freed my bike from the trainer and rode 20 miles yesterday. It is easy to give up when a serious injury occurs, but in many cases it is possible to work around it and even speed the recovery process. Ask questions and follow medical directions. I literally hit the ground running when I was cleared for 'real' exercise because I followed the rules and didn't just give up.

The riding accident could have killed me if I hadn't landed on my left palm, but it didn't. I missed a lot of work and a few good hikes, but now I am almost healed (the bone is probably still 'remodeling' - the final stage of healing) and ready to embrace the next challenges of life. 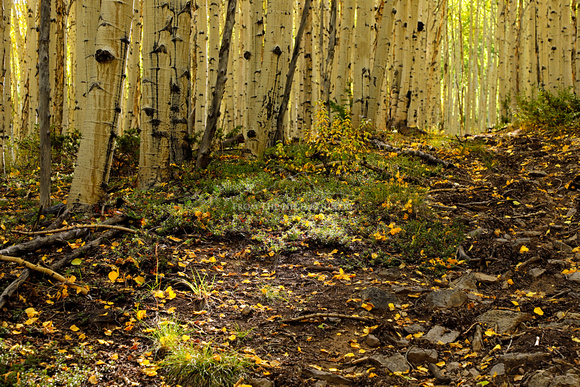 Disclaimer: I am not an expert, and certainly not a medical professional. I chose to do what I believed would work for me. Every injury and every body is different, and your doctor should dictate your recovery plan, not some photographer on the internet.

Exercising the opposite arm

Mable(non-registered)
Your story is so very much like mine! I too came off a bolting horse and landed on my left hand which caused a fractured distal radius! It has been 2 weeks since my accident! It is a miracle that nothing else happened...no bruises or scratches or blood even!!! I also am very active and love to hike! Thank you so much for your advice.
Lee(non-registered)
Glad you read up on the diet thing. You’d be surprised how many do not increase their protein. Being a retired orthopedic nurse and home health nurse it was all I could do to get my patients to eat right. (Many were young and didn’t listen)
Also being an avid horse person, we don’t “bounce” like we use too.
Cheers to your recovery and enjoy your pictures.
No comments posted.
Loading...
Subscribe
RSS
Recent Posts
My Three Favorite Places to Visit in Colorado The Lake City Brewing Company Mountain Town Diaries Sticks and Stones - Rapid Healing From a Distal Radius Fracture Finding a 350" Elk in the San Juans of Colorado The Abandoned Cabin New in Lake City, Colorado for 2018 Wildfire Safety In Praise of the Buffalo Mountain Shirt Death in the San Juans
Keywords
fromthehighcountry photography colorado rocky mountains lake city mountains winter snow philosophy wildlife
Archive
January February March April May June July August September October November December
© From The High Country
User Agreement
Cancel
Continue